Solar Hot Water Heating on the island of Haida Gwaii

I travelled to the remote islands of Haida Gwaii to oversee the installation of the Enerworks collectors one site.  After 15 flights and 28,000 km – a 5 week span between April 1 and May 8 – The trip was a remarkable experience.

The Haida Gwaii nation has installed 6 residential  systems(3 in Old Masset, 3 in Skidegate). I met with Trent Moraes, the Housing Coordinator,  a proud Haida, and very forward thinking when it comes to renewable technology.  He is the community leader of the solar project and was very happy with our end result.  They are currently monitoring  and evaluating performance. If successful, the idea is to outfit every home with a solar thermal system.

After experiencing a world of undeniable breathtaking beauty – I felt was appropriate to share my story through my pictures – Enjoy the show!

The first of many flights. This was from Toronto to Vancouver, with my final destination supposed to be Sandspit, Haida Gwaii. 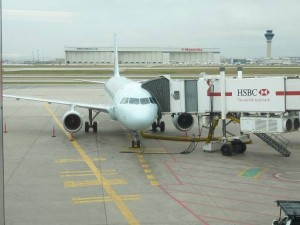 After a night in Prince Rupert, it was off to an early flight by float plane over the ocean to Masset, Haida Gwaii 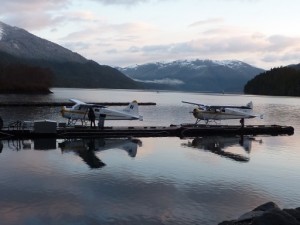 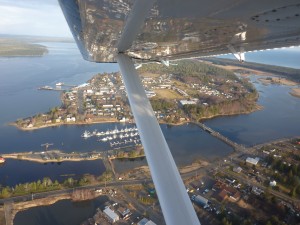 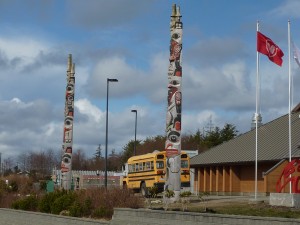 There are three Enerworks installs in Old Masset Village. Here is a three collector system on the Elder’s Centre 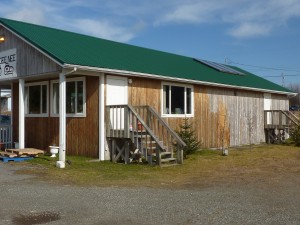 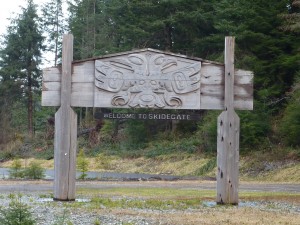 I was here to meet Trent Moraes, the Housing Coordinator.
He’s a proud Haida, and very forward thinking when it comes to renewable technology.
He is the community leader of the solar project. Here we are on the roof of the day care install. It’s a four collector system. 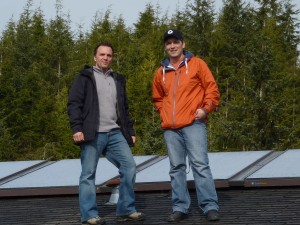 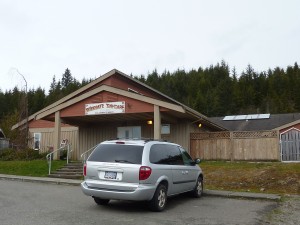 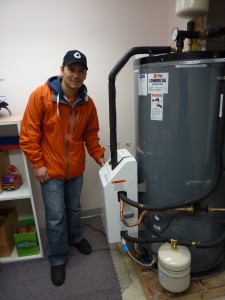 Trent, myself and Rob from Island Energy inside the Haida museum.
Rob trained some local tradesmen on Enerworks, and also oversaw the 6 installs 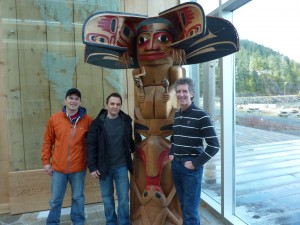 As Haida Gwaii are remote islands, part of this solar project is self sufficiency.
Having local trained installers means less maintenance and install costs in the future.

Time to go home. A Ferry across the narrow channel to Moresby island and then on to Sandspit airport. 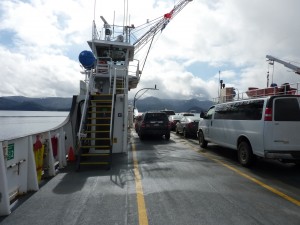 Overall a fantastic trip. I met great people, proud of their culture and land. I feel honoured to have been the Enerworks representative for this memorable experience, and look forward to moving to the next phase of the solar project on Haida Gwaii.